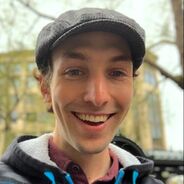 Meet Alex Chandler, a small town city boy with a passion for helping others.

How can someone be from a small town and consider themselves to be a city boy? Well it all starts in the small town of Allyn WA. While Alex officially had a Gig Harbor address, he was a short bike ride from the town of Allyn, a small bay-side tourist stop. His family attended the monthly Victor Improvement Club meetings–an even smaller community between his home and Allyn. Spending his formative years here, Alex grew affectionate for the small town lifestyle, that was, until he found Tacoma.

“From as early as fifth grade, my parents told me I was going to go through the Running Start program–and the more they said it, the closer it came to reality, and then it happened. I jumped out of High School and straight into Tacoma Community College, obtaining an associates degree hours before walking at my High School Graduation, it was a surreal experience.”

For Alex, Tacoma was all brand new, every road travelled, bus ridden, these new streets were exciting and full of adventure. He often credits his seemingly outgoing nature to one specific book, ‘How to Win Friends and Influence People’ by Dale Carnegie. “Over my first quarter at TCC I would read one chapter per week, and spend that week practicing the teachings. By the end of my first school year I had garnered a group of nearly 100 people. We hosted picnics, drug free parties, and participated in many community events.”

But none of this could have been possible without the backdrop of Tacoma, a bustling hub of creativity and art. Alex’s passion for the arts helped him to discover the nooks and crannies of Tacoma, often overlooked by those passing by. From breakfast and tea shops, to the backwoods of many Tacoma Public Parks, there was creativity at work.

While attending TCC, Alex would start the community college's first Film Club, and film a short book trailer that would later win several film festival awards. And after another 2 years in university studying Entrepreneurship, it seems quite fitting and wonderful that Alex would start and base his small business Chandler Media & Design in Gig Harbor (founded in late 2013). Gig Harbor is a bustling hub of people in a small town atmosphere that focuses on bringing nature and art into the streets. It was a reminiscent feeling of his youth in Allyn and adolescence in Tacoma.

Unfortunately as we all remember, the early 2010’s were not a great time to be starting a business, in fact Alex had this to say. “When I started Chandler Media & Design, it wasn’t all about a passion to work in film and videography. Not quite, the Tacoma I loved was falling apart, I came back from university and over half of the small businesses I knew and loved had gone belly up. Seeing this tore me apart inside, I vowed that I would do my best to help the community grow and prosper. Having a background in business I knew there was only one way to do this, get money flowing–I didn’t desire to make a profit back then, I simply knew that if I hired local, worked with local businesses and helped get their customers returning we could increase jobs and bring prosperity back to the community.”

While Alex may have played a small part in the large economic boost that would come, it didn’t come easy. In fact the soon to be wed, Alex and Mykala Chandler, had their own financial crisis to handle. Alex had been working a job for Sony as a campus rep, but in early 2014, shortly after his business started, Alex was a part of the 1000 people let go, as Sony did their best to stay afloat themselves.

After months grinding, building customer relationships, it was clear the market wasn’t strong enough to afford the newly married couple a viable financial path, that included paying bills. Mykala encouraged Alex to seek part time work. While Alex applied to small restaurants trying to follow a side passion for cooking, he was turned down again and again for being overqualified–an issue many people faced back then.

Still determined to help the world, Alex secured a position in the Branch Manager fast track program at Hertz. Using a portion of his pay, he hired a local kid to do some photo and video work for Chandler Media & Design.

After two years building an incredible business at Hertz: Alex oversaw the entire Olympic Peninsula business, working out of 7 cities and 3 main offices. Alex even helped his boss when they needed help in the even bigger, Seattle side locations. Alex was also the youngest branch manager to work for Hertz at the time, and the only profitable office in the greater Seattle area. Alex, having learned how to run a million dollar business, was ready to leave, he had even saved up a small nest egg to be able to run his business full time without financial worry. This is when he left Hertz, and Chandler Media & Design would really take off.

“My first client, after I left Hertz, paid me a grand total of – drum roll please – $480! I was ecstatic, I had a client lined up within 30 days of being self employed. Bills were being paid and my extremely skeptical family was starting to believe in me. This one client would snowball into several additional from their friends and family. Their most recent referral paid $2400, buying a standard wedding package. To me, this is a great example of how kindness grows, and why you should always put your best foot forward, and not be afraid to work on small projects (provided you're paid well and or, learning a valuable skill).”

Chandler Media & Design really did grow, projects in 2016 averaged $750, by 2019 the average project size was $2500. Alex didn’t stop there, his goal was to grow a business that helped the community and after multiple years developing a new idea, he founded Vidyuu. “To us, Vidyuu is recognizing the complex relationship between video and everything in our universe. It's the feeling of euphoria as you discover something new as it relates to the grand picture. And the profound understanding that we are always learning.”

Vidyuu is a media production company that focuses on education. Working with local contractors across the United States to create content for their clients, and also offering a suite of knowledge to learn from. Contractors are paid incredibly fair, and while Vidyuu can’t take on projects under $1000, they will refer you to a contractor in their network. Past clients from Chandler Media & Design are encouraged to reach out to Vidyuu.

What is Alex up to now? Besides being a production manager and educator at Vidyuu, he is also a production manager at SlidesLive, on many of their Northern American jobs, you can read the article they wrote on him here: https://lamillar.medium.com/alex-chandler-at-slideslive-valuing-production-with-values-80ccbf3d29bb

What is left of Chandler Media & Design? On the business side, the CMD brand does record all of Alex & Mykala Chandler’s personal contract earnings, but it’s more of a formality than a business. The Chandler Media & Design brand represents Alex’s launch pad forward, and it also serves as a portfolio and archive of past achievements.

If you would like to reach Alex, here are the best methods to reach him, he personally prefers email, as he is not always available by phone.

“I just want to say thank you to everyone who has been a part of my life thus far and continuing on! Without your help and support, I would not be here today. I cannot wait to see what we’ll do next, and I hope you’ll consider us all over at Vidyuu for your next project. Thank you so much again, sincerely, Alex Chandler.”